We would like to offer our sincere support to anyone coping with grief. Enter your email below for our complimentary daily grief messages. Messages run for up to one year and you can stop at any time. Your email will not be used for any other purpose.

Share a memory
Obituary & Services
Tribute Wall
Read more about the life story of Jackson and share your memory.

Jack was a 1952 graduate of Franklin High School where he excelled in several sports. He went on to Miami University where he earned his teaching degree in industrial arts and played both football and baseball. He was a proud member of the 1955 undefeated Redskins championship football team.

Beginning in 1962, Jack taught Industrial Arts at Vandalia-Butler High School for 35 years. While at Vandalia-Butler he was athletic director for several years and head football coach for 29 years. He continued his football coaching career at Troy High School (20 years) & Troy Christian School (8 years). Jack earned numerous athletic and coaching accolades for his years of excellence and service.

Since 1976, Jack and Judy have loved living and working on their “gentleman’s farm” in Butler Township. He enjoyed attending to the enhancement and maintenance that comes with the land he cherished so much. He enjoyed his horses, tractors, mowers, barn building, weekly breakfasts with his friends, and spending time with his family.

Honoring Jack’s wishes, there will be no formal service.

To send flowers to the family or plant a tree in memory of Jackson J. Hollon, please visit our floral store. 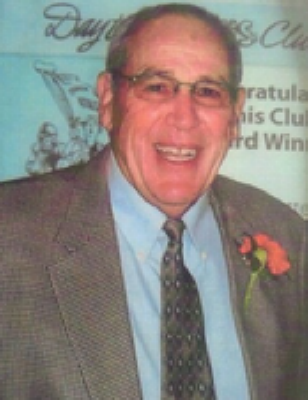 In Loving Memory Of

Look inside to read what others
have shared
Family and friends are coming together online to create a special keepsake. Every memory left on the online obituary will be automatically included in the book.

In Loving Memory Of

Look inside to read what others have shared

Family and friends are coming together online to create a special keepsake. Every memory left on the online obituary will be automatically included in the book.

You can still show your support by sending flowers directly to the family, or by planting a memorial tree in the memory of Jackson J. Hollon
SHARE OBITUARY
© 2023 Morton & Whetstone Funeral Home. All Rights Reserved. Funeral Home website by CFS & TA | Terms of Use | Privacy Policy | Accessibility